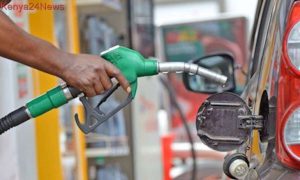 Oil companies increased the price of petrol and diesel in Delhi by 80 paise each, marking the 14th such hike in two weeks. Petrol costs Rs 105.41 and diesel Rs 96.67 per litre after the hike.

On Tuesday, the rate of petrol in Parbhani district in Maharashtra reached Rs 122.67 a litre, one of the highest prices in the country., attributed to the long distance of over 400 km between Parbhani city located in the Marathwada region and the fuel depot at Manmad in the Nashik district in north Maharashtra.

“The cost of fuel in Parbhani (district) is high due to the long distance between the Panewadi fuel depot at Manmad in Nashik district and Parbhani city,” Parbhani Petrol Dealers Association president Amol Bhedsurkar told PTI.

He said the round trip distance for a tanker transporting fuel to Parbhani from the Panewadi-based depot in Manmad is nearly 730 km.

There had been a pause in the revision of fuel prices since November 4 last year, which ended on March 22, following the crude oil prices going upwards in the wake of the Russian military operations in Ukraine.

Petroleum Minister Hardeep Singh Puri on Tuesday said that though the Russia-Ukraine war has impacted the fuel prices across the world recently, the increase in India worked out to be only 5 per cent between April 2021 and March 2022 as against over 50 per cent in some developed and developing nations.